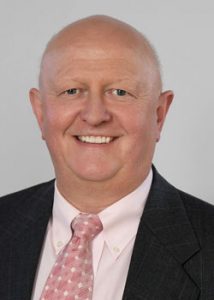 Dr. David Martin-Reay graduated from his hometown medical school in Newcastle-upon-Tyne, England. After positions in internal medicine and general surgery with Britain’s National Health Service, he entered an Anatomic and Clinical Pathology residency at Northwestern University in Illinois. This was followed by a Cytopathology fellowship under Dr. Edmund Cibas at Brigham and Women’s Hospital in Boston where he stayed for a further two years as an Instructor in Pathology at Harvard Medical School under Drs. Robbins and Cotran. He has practiced Pathology in various locations in the United States gaining experience for the past three decades. In the year 2000, he undertook a second fellowship in Dermatopathology under the late Dr. A. Bernard Ackerman. He stayed on as an associate of “Bernie” for two more years at the Ackerman Academy of Dermatopathology in New York City. During this time he honed his skills with the world renowned scholar by reporting on thousands of skin biopsies at this high volume teaching center. Since 2011, Dr. Martin-Reay has practiced General Pathology and subspecialized in Dermatopathology at Cottage Health in Santa Barbara where he has served as Chairman of the Department of Pathology.

Dr. Martin-Reay is particularly interested in providing pathology reports that are clear, concise and easily interpreted by his clinical colleagues. He enjoys interacting with clinicians one on one, either on the telephone or in person to explain their patient’s diagnoses and participate in their management.

Although having travelled extensively throughout the world, David and his wife Suzanne are proud to call Santa Barbara home and love the rich and varied cultural and outdoor offerings of California’s Central Coast. They enjoy being active in town whether it be riding their bicycles along the shoreline or volunteering at the local animal shelter. During his travels Dr. Martin-Reay has been particularly interested in places of medical history such as the Pasteur Institute in Paris, the Royal College of Surgeons Hunterian Museum in London or the Anatomical Theatre of Padua, Italy. Learning about medicine at such places, he believes places his own work in a global context and provides great appreciation for all of the excellent physicians that have gone before him.

Copyright © 2023 Mission Pathology Consultants - All Rights Reserved.
Back To Top
×